Samsung turned the wheel of mobile phones with the launch of new Samsung Galaxy Note in India. Samsung, the top most company in terms of mobile phones and tabs has launched its new product Galaxy Note Smartphone having giant screen of 5.3 inches and high quality other features. But to buy this high end mobile you will have to spend a heavy amount of Rs. 34,990/– .

Samsung Galaxy Note after the two months of its announcement at the IFA event in Berlin, launched in India on November 2, 2011. Being revealed by the Gul Panag during the video conference event the phone became the center of attraction among the media. The huge 5.3 inch screen is like a paradigm shift in the mobile phones where you earlier found the normal 3.5-4 inches screen. Samsung Galaxy Note is a great device which just merges the Smartphones with the Tablets with its largest of screen. The new phone of Samsung comes with the S pen (advanced smart pen) to make your touch more easy and fast. 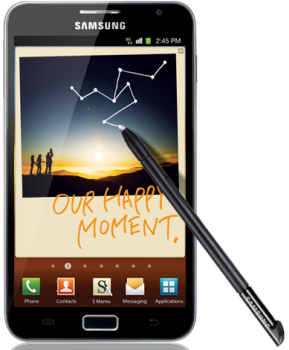 The phone has full screen utilization for fast and effective tasking and has 1.4GHz Dual Core Processor and runs on Android 2.3 Gingerbread platform. It has 1GB RAM and 16GB huge internal memory which can be expandable to up to 32GB.

Samsung galaxy note embuilds a 8 MP camera with LED Flash with features like Action Shot, Beauty, Panorama Shot, Smile Shot and a front camera of 2 MP for video calling. It also offers 1080p Full HD video recording & playback. Using the vivid and large display, you can easily review photos and show them to your friends. 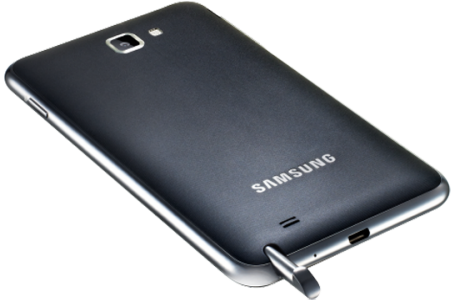 Galaxy Note also introduces a new Stylus so called S-Pen which is revolution in the Stylus used in the phone. The S-Pen included in this mobile phone does the smart work as it can be like a write notepad.

Another important point to note about the Galaxy Note is its price. Samsung launched the phone at a price of Rs. 34, 990/– which is about 5-6 thousands higher than the Galaxy SII. Will the phone be affordable among the mobile buffs or will they still go with the SII. 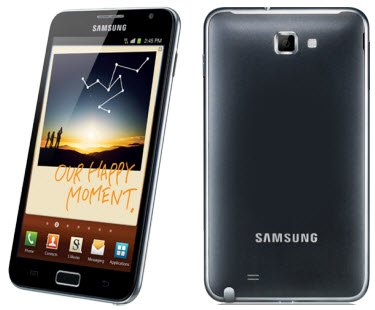 But, still Samsung has proved that innovation always attracts the eyes and this revolutionary phone will surely take the mobile phones to a next level. Its huge 5.3 inches screen marks a new category which neither falls under the normal phones nor under the tablets.